The October-issue of Wired Magazine, which was released on iPad yesterday, sports the first Wired attempt to enhance the digital magazine with a social dimension. And does this in a somewhat surprising way: Instead of displaying comments from and discussions among the readers as a part of the Wired iPad-magazine, commenting takes place on an external page – namely Facebook.

At least this is what Wired does on this months feature article on – the new Facebook movie. This is what the integration looks like, starting with the article opening screen: 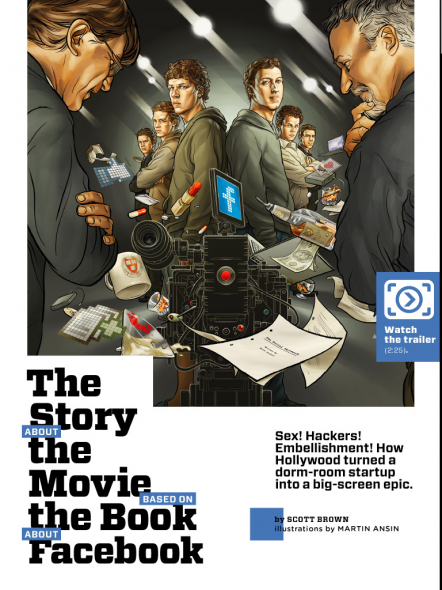 Scrolling down a few pages gets you to this illustration, with the “Tell us on Facebook” call to action: 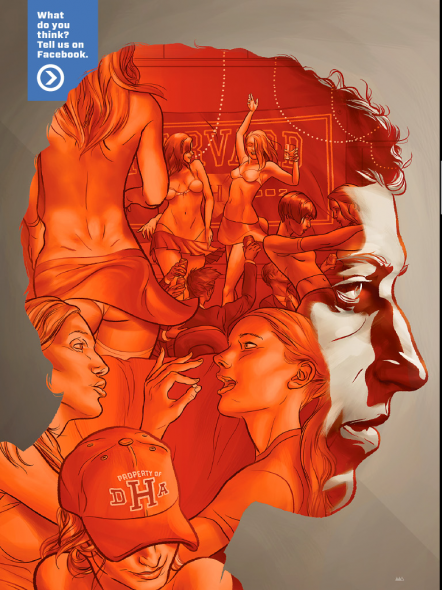 Clicking the button and a new screen “slides up”: 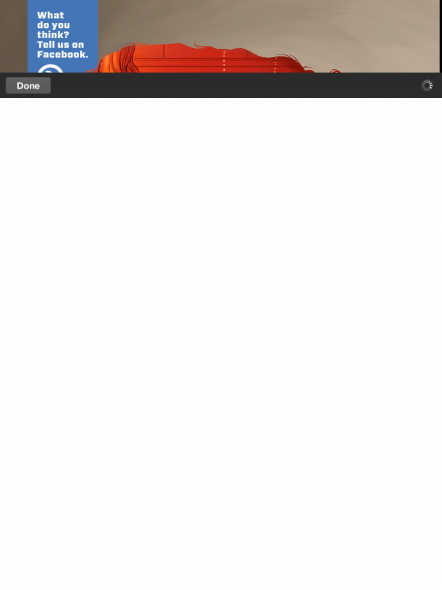 …opening a Facebook-page, dedicated to the article “Wired Magazine’s Story about The Social Network”: 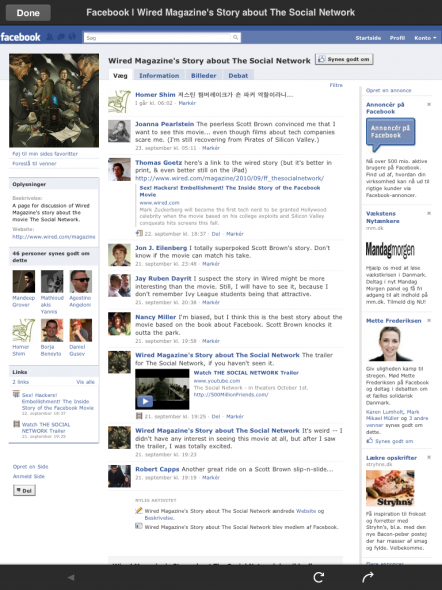 In this way discussions and comments on the article is removed one step from the articles themselves. It ensures the “purity” of the original article is not messed up with reader contributions. It’s the least intrusive way to bring sociality into a glossy magazine.

Also it’s a pretty unambitious one. As reader I actually care about what others think of the article I’m reading. And surely there’ll be ways to make this way more prominent, without sacrificing the calm reading experince.

However it does seem plausible, that this is a stealth-like attempt to try out the let’s-create-a-facebook-page-dedicated-to-the-article-and-have-discussions-there-experiment in a context where it’s legitimate and natural – namely on an article about… Facebook itself. Notice that no other articles in the entire October issue are socially enhanced in this (or other) way.

Interesting to see what’s next!

PS. The entire article is available on wired.com (like the rest of the magazine) as well. Here tell-us-on-facebook is implemented as well – alongside on-article-page-commens, featured “retweet” buttons, as well as Digg, Yahoo! Buzz StumbleUpon and ShareThis-functionality. As of writing, the wired.com-page has 439 retweets and 16 comments. The facebook-page has nine comments and 48 likes. 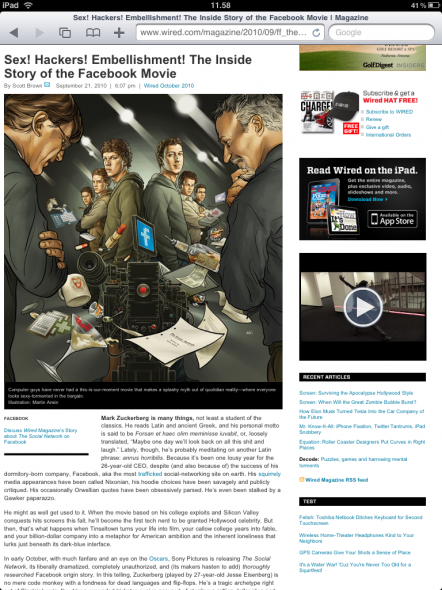