Welcome to my personal (social) news

A few weeks ago I installed Flipboard on my iPad. Since then, I’ve pulled it up on a daily basis, using it to check out Twitter in particular – only in a much nicer and richer version, than the endless streams of oneliners and links floating through my regular Tweetdeck, Twettelator and what have I of traditional twitter-clients. 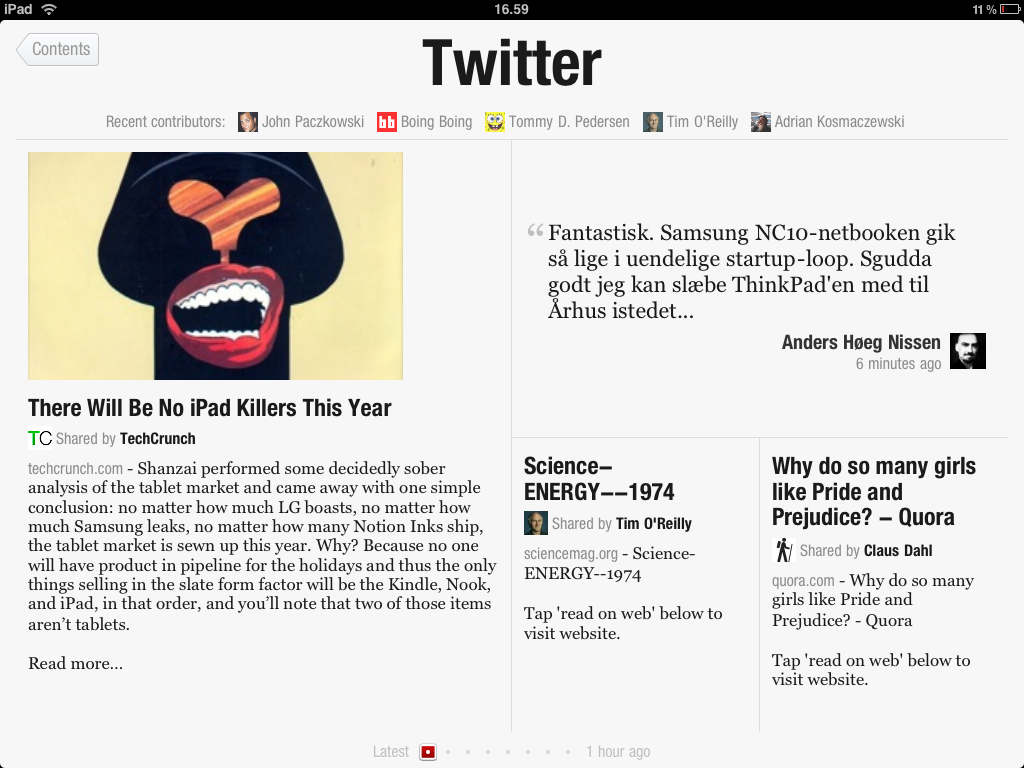 Instead of small textonly bites of info, Flipboard follows links in tweets and take the pictures and text of those pages pages and displays them beutifully on my iPad-screen. While text-only tweets are displayed as quotations (like the Anders Høgh Nissen piece on the above screenshot). Tabbing the screen with my finger brings up a larger version of the story, with links to the original web-version. Swiping the screen turns the pages in the “social magazine”. In this way, Flipboard actually makes what looks like a cool iPad-personal newspaper. (You can integrate more than your Twitter-account to Flipboard. Your Facebook, eg).

I actually use Flipboard – and have been doing so in a month time as we speak. And it works.

It’s not entirely clear to me how Flipboard prioritizes. From a start it was in (reverse) chronological order – just like your twitter-stream. But if Flipboard wants to be a newspaper, it’ll have to do more than that. On a newspaper, I expect the most important things to be displayed most prominently on the frontpage. Not the most recent ones with links to the largest picture.

Just today I stumbled across a web-service, which does kind of the same. Paper.li. This is what it looks like (the screenshot is taken only a minute of two prior to the Flipboard-one above): 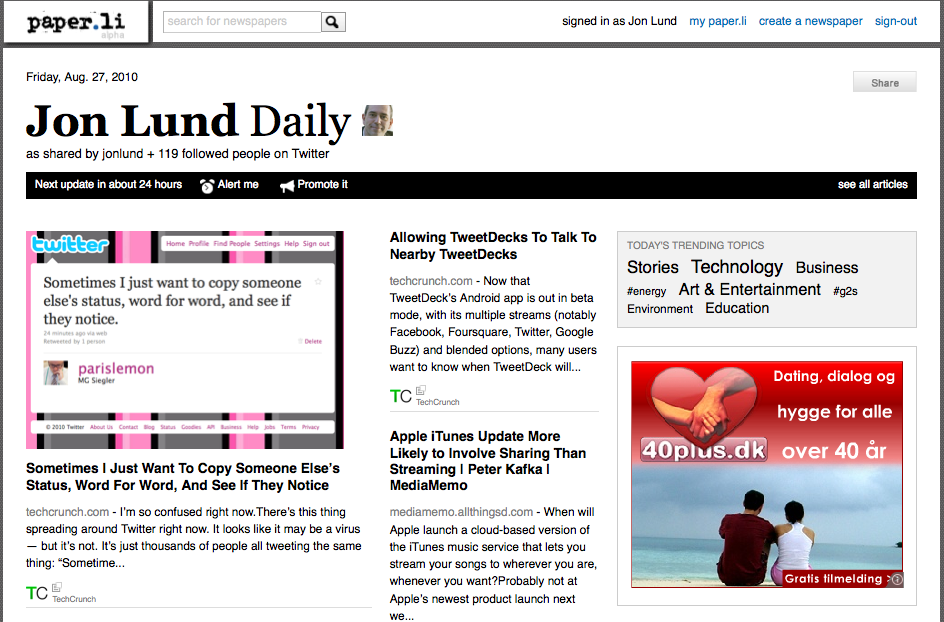 I haven’t really tried to use paper.li yet, so I should probably refrain from commenting to much. (I must admit,  however, that I like the Flipboard version much better from the first look). And although it looks different, it does the exact same thing as flipboard.

Both Flipboard and Paper.li points in the exact same direction.  And it’s a direction, that yet again poses threaths to traditional news outlets. A direction spearheaded years ago by Google news. Smart aggregation of news, made up all for you by a clever machine. Only this time the news are Social – and much more personal.